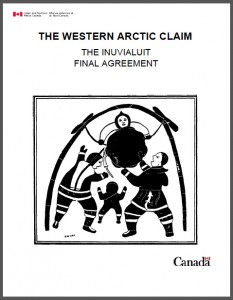 In 1984, Parliament enacted the Western Arctic Claims (Inuvialuit) Settlement Act, thereby giving effect to the Inuvialuit Final Agreement (IFA). The IFA, which emphasizes the importance of wildlife and wildlife harvesting, is a land claims agreement within the meaning of section 35(3) of the Constitution Act, 1982 and takes precedence over other legislation which may conflict or be inconsistent with it.

The goals of the Inuvialuit Final Agreement are: