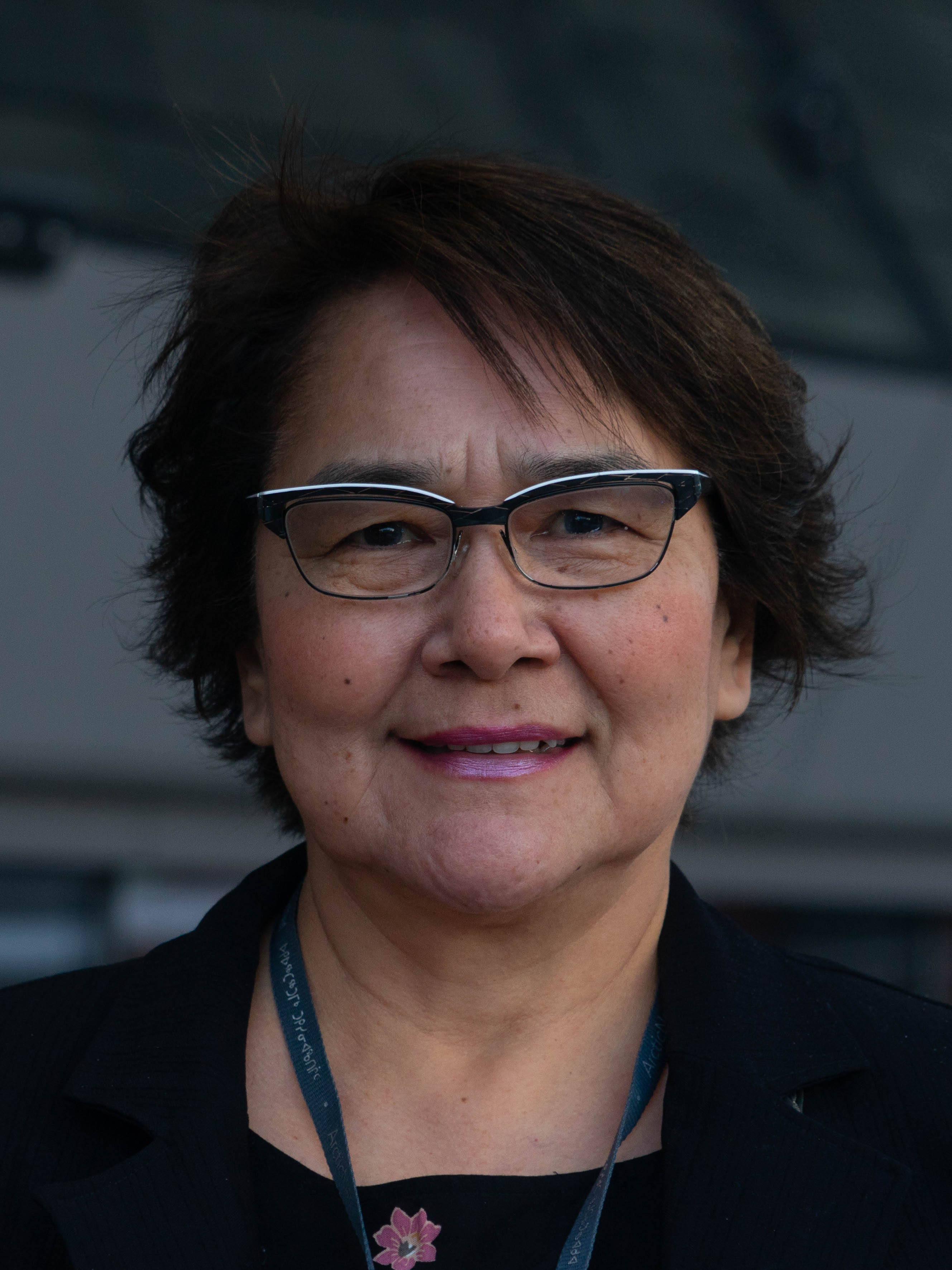 Catherine Cockney has a Bachelor of Arts degree from the University of Alberta. Catherine is a cultural specialist with knowledge she learned from her mother Winnie Cockney and from the many elders she interviewed. In her meetings with elders, they taught her to understand the importance of maintaining your culture, teaching the younger generation and looking after the environment. The elders emphasized the importance of owning land that can help us maintain our culture and values.

Catherine’s achievement’s include conducting oral history projects, research on Inuvialuit artifacts and assisting in the revival of Inuvialuit drum dancing. Catherine enjoys sewing and participates in the many arts and craft festivals. 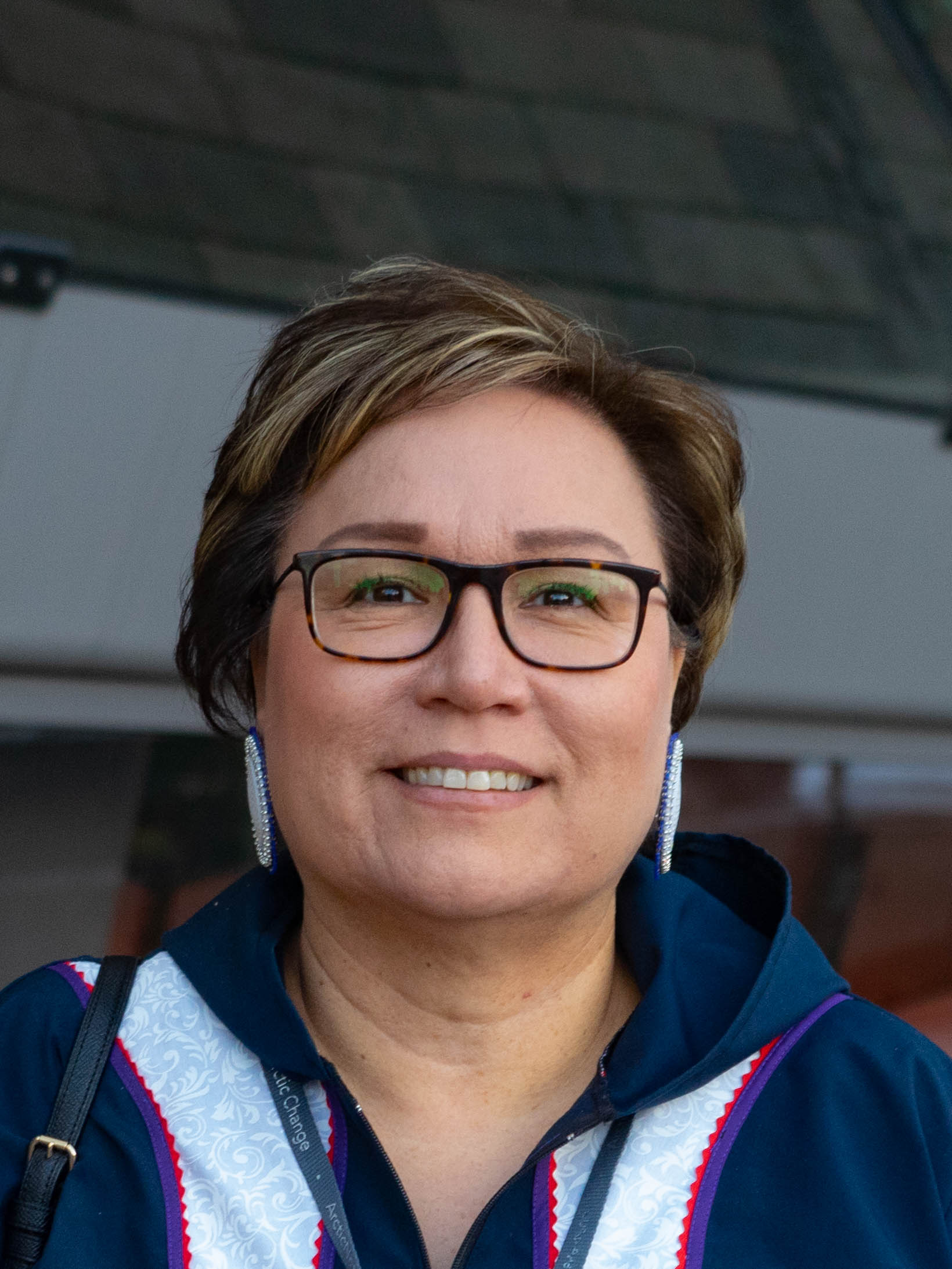 Ethel-Jean Gruben is one of the three members appointed by the Inuvialuit Game Council. She is serving her first term that started in July 2015. Born and raised in Inuvik NWT Canada, Ethel-Jean enjoys a cultural lifestyle where she and her family live off the land. She takes particular pride in her traditional sewing, dancing and cooking. Ethel-Jean knows the importance of a healthy family and good living. “I am continually striving to live a healthy sustainable lifestyle, rich with Inuvialuit customs and values, with a mix of Gwich’in culture and pride,” she said. With her years of experience, and a wealth of traditional and environmental knowledge, Ethel hopes to bring added value to the EIRB with her special interests regarding healthy, progressive and sustainable communities.

Chosen among the three board members by the Inuvialuit Game Council, Debbie is now serving her final term, which began in July 2021. Born in Inuvik, NWT and raised primarily in Sachs Harbour by my nanuk and duduk. Debbie moved to Inuvik to attend high school and lived with her parents. She likes to sew, make beadwork, crochet, and decorate her house. She also enjoys summer rod fishing and traditional winter ice fishing. For Debbie, picking cranberries on the land serves as therapy.
Along with Sachs Harbour, Aklavik, and Inuvik in the NWT, she also resided in HayRiver, Fort Smith, and Yellowknife.

Debbie has gained knowledge from the various communities she has resided.”As the world and the north are changing so quickly due to sinking earth, floods, and heat, which then affects all of the species used for food, Debbie believes that the younger generations must understand more about traditional ways to live. “

To start teaching the next generation how to manage rights for our land, resources, and people, I believe we should start encouraging them to become IFA scholars and run for IRC Boards and Committees “.
Debbie appreciates the importance of kindness, respect, and family. She also hopes to see more young couples construct cabins to enjoy the region’s valuable and pleasurable lands, waterways, clean air, and resources.

I was fortunate to participate in a wide range of initiatives and studies in the Yukon and Northwest Territories over the years.  Together with Inuvialuit and First Nations partners I have been involved in land use planning, environmental assessment, wildlife studies and planning special management areas.

He recently retired from the Yukon Department of Environment, where he was the Senior Habitat Biologist, in Whitehorse.